Hunting in the shadows of the French Revolution

My blog post ahead of my monograph’s impending publication! 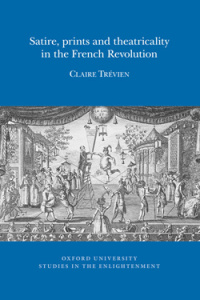 Researching prints of the French Revolution can sometimes feel like ghost-hunting.

Unlike other forms of art, such as paintings, which are usually signed, the majority of etchings are authorless. Sometimes, sheer luck, or the right accumulation of clues, can lead you to an artist – a most satisfying conclusion.

This was the case with ‘Dupuis, peintre’, an artist commissioned twice by the Comité de Salut Public to create prints central to my book, Satire, prints and theatricality in the French Revolution. His identity evaded me for several years. I had several candidates for him, and my original thesis, the basis of my book, included this footnote:

‘The identity of Dupuis remains mysterious. He could be issued from an illustrious family of engravers, including…